Books for the soul 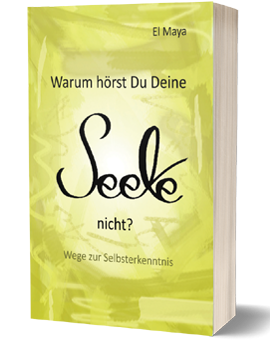 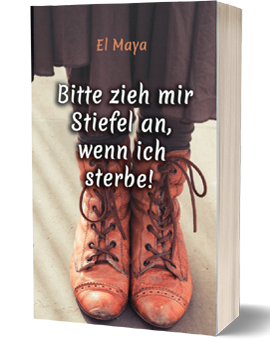 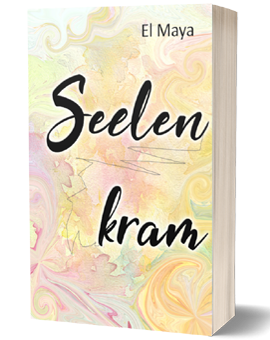 Spirituality: a diverse subject area, who is interested in books in this direction. Soul books have a peacemaking effect and at best they support you in the process of self-discovery.

What is your life plan like? What fixed points are there and what is planned for us in life? The spiritual life plan is a big secret of our life. Those who can learn more about their life plan are happy because they have the opportunity to recognize themselves. The life plan! Mystical, mysterious and unpredictable? Are you kidding me? Are you serious when you say that! The life plan is analyzable and you can also take a look at what the universe wants from you in the future. Which tasks have been fulfilled and which stages of life have you already passed? The family you were born into ... the important people in your life .... your place of word ... your place of work ... these can all be fixed points in your life plan. They are there so that you can solve your karma. Because all these fixed points contain tasks that you want to master. You have been equipped with strengths and weaknesses for the plan of your life. Astrology can give you a good insight into how these attributes are structured. These are your tools that have also been given to you for solving karmic tasks. The weird partner is also part of the life plan, which has only given you trouble for years. Hard to believe?

Unfortunately, the difficult people in our lives are immediately noticeable. They made us stressed or desperate. It is important to recognize, edit or cancel the complicated partnership. But after that it goes on because the phase of reflection follows. What happened and your decisions should give you wisdom for the next phase of life and the new partner. Sometimes, however, you are not the karma topic but the partner has a karmic task. In this case, you are a teammate. Contrary to the long-term opinion, the life plan only has something to do with job and vocation, much more is required. The job is part of it. Sometimes the beloved hobby is even part of the plan and not the actual job. The life plan stipulates when a phase ends and a new section begins. These new sections can read as the headline: Moving from Berlin to Munich - from dishwasher to millionaire - pregnant with twins - The whole family died within six months. Of course, these headlines are exaggerated. Most changes are easier and result from our supposed decisions. But the life plan is behind it and we are partly led in life. There is still room for free will. We also need it, otherwise we could not do the karmic tasks.

The soul is a phenomenon that is still a mystery to humanity. Science and esotericists have different opinions on this. Is there a soul? If so, what does the soul ask of man? The soul and the ego have different vibrations. They drive us in a direction that ensures that we make decisions. Most of our actions are material, closely followed by emotional reasons. However, our emotions are not always the source of our wish for the soul. The soul itself has only one goal: to dismantle karma in the most pleasant way possible, in which it does not have to suffer. But even the soul accepts suffering when it comes to reducing a karma point. So it may be that the self-sacrificing woman must first have a marriage in which violence is the order of the day. That is, experience comes first. Then she should make the jump and release herself from victimhood. That is the karma task. But if emotions are still involved and the woman still loves the man, she will probably not make the jump. Or it only comes off briefly and comes back to the relationship a short time later. It is also conceivable that the woman remains in the relationship for financial reasons. Then the ego made the decision. No matter how: in every case where the woman stays in the marriage, the karma point is not resolved. Some make the jump first, but get into a similar construct in the next marriage.

This is the case if the karma point of the first marriage has not really been resolved. Simply walking is not enough! The inner reflection has to take place. The woman must understand what she expects of herself and her soul. And she has to choose for herself and her soul. If this does not happen, the karma point remains and reappears at the next opportunity. The soul looks into the tube again! Again the homo sapiens did not help me but inflicts pain on me, the soul thinks ...)) All forms in which you inflict emotional or physical pain on me end with the soul suffering. And she has high hopes for the Homo Sapiens in which she incarnates. The soul also shows you when you have strayed from the cornerstones of your life plan. It doesn't feel good. It is conceivable that you are depressed or, in principle, unhappy with your life. Sometimes the soul shows you this by showing physical reactions. This means skin problems, but the stomach or back can also be interference fields. It is a language that the soul uses. She actually wants to tell you: look, your back hurts! You have too much responsibility in your life. Don't you notice that? Only those who are in a form of communication with their soul will understand themselves and the concerns of the soul and be able to act accordingly

What happens after death? Is there life afterwards and what does it look like? Are we born again and is there famous karma? Why are we on earth and what is important to be happy? Can you contact the dead? The afterlife: an unknown sphere that many people are afraid of. If you are in the dying phase, you really get muffle buzz. Was everything correct as I did in life? Memories arise in which you may not have been so nice. Maybe you go through life and look for highlights of helpfulness to find the positive aspects. No matter how: some make an internal calculation. If there are more positive aspects, can you calmly slide into the afterlife? First of all, nobody has to be afraid of the hereafter. Fear has a low vibration anyway and is a bad companion when dying. It's funny when even people who don't believe in the hereafter are suddenly taking this dimension into consideration at a critical stage. The transition to the afterlife is like a big journey that you start. After death, life goes on! For those who are depressed, the message sounds like bad news! Some people are waiting for the life to end. Sometimes the idea that things will go on afterwards is not well received. But not everyone is depressed and most people are curious about what may come. And it is clear that we are not in the human shell. The soul passes over and when it enters the hereafter, it is only pure energy. You can compare that to your consciousness. Imagine that there is no body attached to it, only pure consciousness exists. In the broadest sense, it should feel like this when a soul has passed over.

At some point in the hereafter, the soul enters the reflection phase. Many people are afraid of this: the big billing. Probably still imposing a penalty is a creepy idea. But that's not how it works. Nobody will be punished! You are your own judge. It is said that life is worked through like a documentary. Unlike in the film, you get the associated emotions and thoughts, all actors delivered with free delivery. You can imagine what that does to a soul when it perceives it. Now it is time to reflect, gain insight and achieve wisdom about what you have done or failed to do in life. If you can't do that or are unable to reflect, you don't have to worry. The open topic is packed again on resubmission. In the next life it comes back on the table and then you can try to solve it again. Because at some point it is about planning reincarnation. The next life is waiting for you. And the new life and reincarnation is well planned. After all, you don't want to reincarnate blue-eyed. The soul chooses a life by seeing the maximum possibility to release karma. Sometimes a planned reincarnation doesn't work. Perhaps the possible parents have decided against children. Free will makes it possible. However, the soul is now on hold with its reincarnation plan. Don't worry: there are always replacement plans! Sooner or later there is a chance of reincarnation and the whole game starts all over again.

Soul books ... they warm you and give you new energy. They help you discover your spirituality and attain wisdom. Lovely soul books ... soulful handpicked literature with spirit!